Parliament House- the short of it 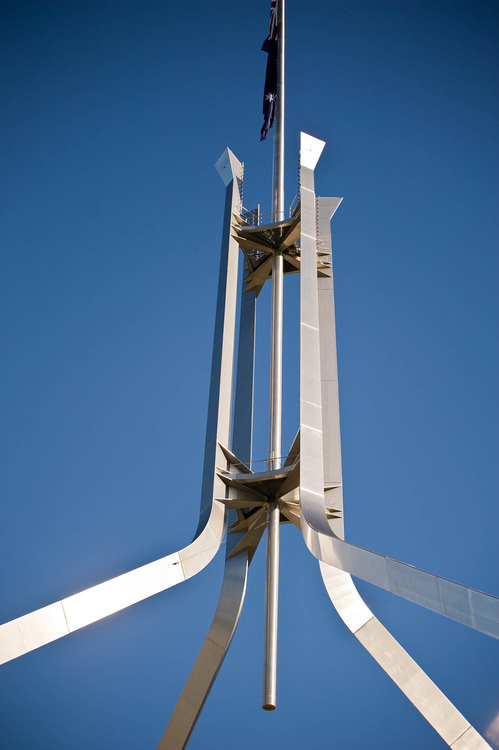 On Sunday afternoon the Humans of the Brochure were thrilled to be invited to go on a behind the scenes tour of Parliament House in Canberra.  Our guide, Shane Ryan brought the halls to life with his anecdotes and by pointing out little details that we would have missed.

This is the largest tapestry in Australia and it hangs at the very back of the Great Hall.  It depicts a eucalypt forest from Shoalhaven and took over 2 years to complete.
Halley’s Comet and a cockatoo are hiding in there! 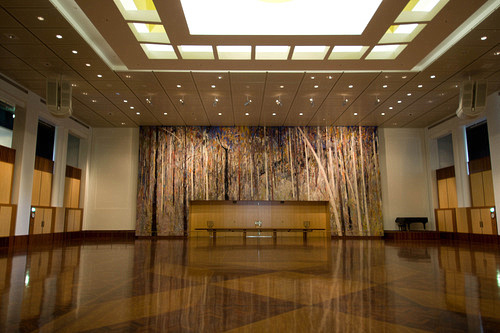 We ventured down to the basement where, according to Shane: ‘the non-contentious things happen’.  The basement is huge.  There are even street names and the hallways are large enough for the electric cars that zip around.  We did not see any on our tour, however. 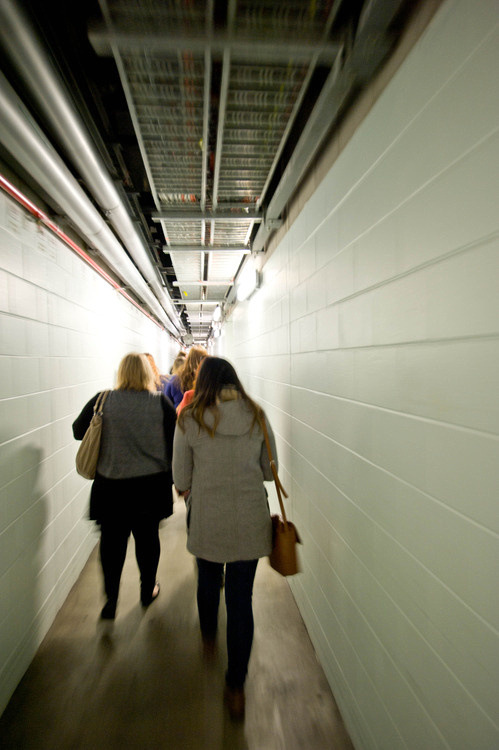 We filed into each of the camera rooms for Parliament which are run by robotics.  Human staff control which camera is going live and make sure the focus is spot-on before letting the video stream live. 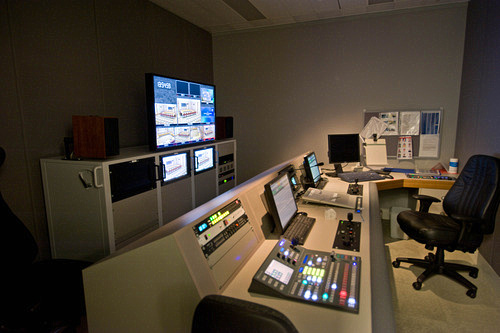 When Question Time is in session, the camera room requires 4 operators.  The amount of buttons and cameras in constant use made my head spin. 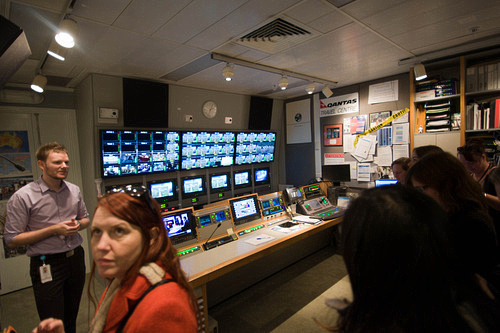 Next we went up to one of the 17 courtyards and met Paul Janssen, the long time landscaper of Parliament House.  Seriously, Paul looks just like Steve Irwin!  33 hectares of gardens exist in Parliament House. 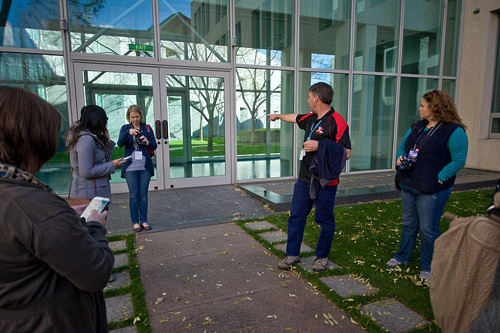 I believe he said that 17 landscapers are employed to keep the gardens up to scratch.
Pesticides are not used to kill pest, rather predatory insects are brought in and introduced to the gardens to combat  pests.  I thought that was a fabulous little nugget of information!

This is the Prime Minister’s courtyard: 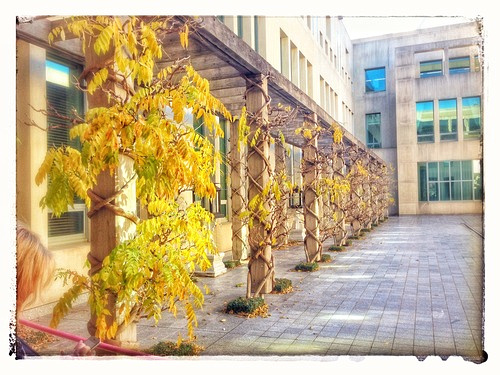 So cameras had to be put away at this point, but you can see some great images of the following on the website at the bottom of the article.

We walked past all the offices of our current politicians.
The President of the Senate has the biggest office, the Speaker has the second largest, and our Prime Minister works out of the third largest office.

The most secret room in the house is the super-secure Cabinet room, opposite the Prime Minister’s office.  It has no windows.

The Member’s Hall in the core of the building is an example of the thought and symbolism that  is evident throughout the design of Parliament House.
The centrepiece is a water feature which provides white noise to keep parliamentarian’s conversations discreet whilst at the same time is somehow a still pool; clearly reflecting the flag that flies far above it.  The apex of the pool has been left hollow so no one person can stand in the very centre.

These are some of the artworks in the Mural Hall which overlooks the water feature below: 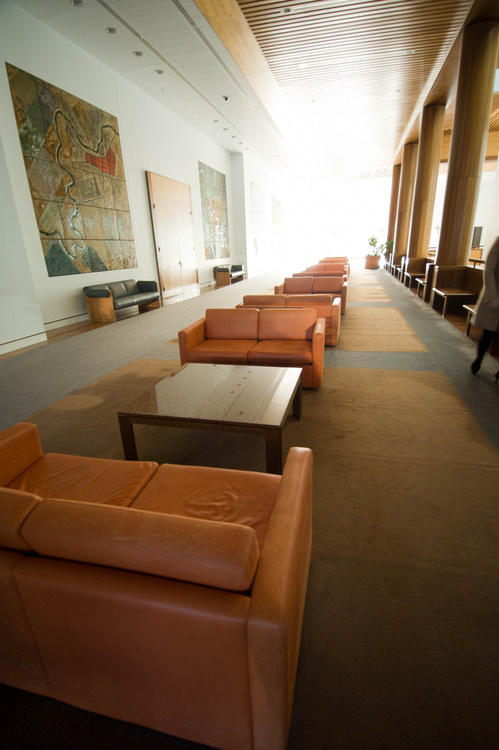 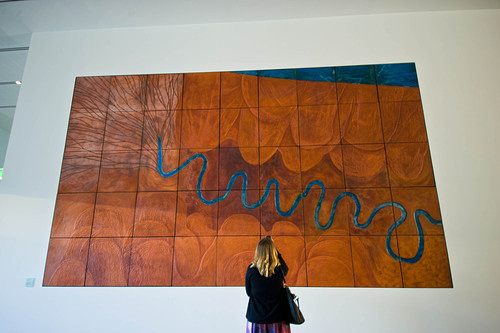 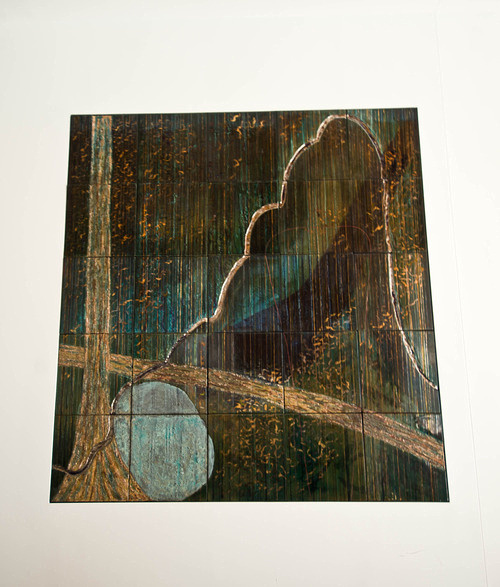 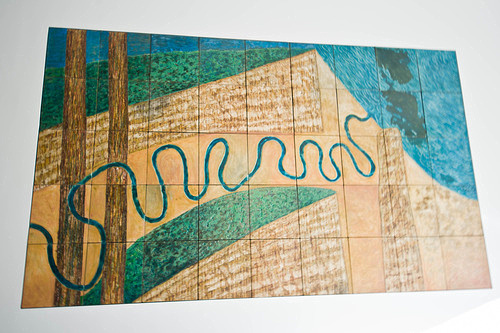 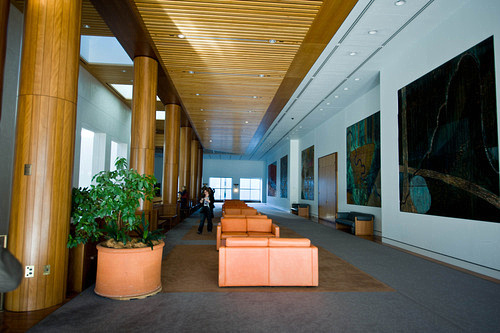 We went to the top floor and walked out onto the area outside just under the flag where the gentlemen who maintain our flag were waiting for us. 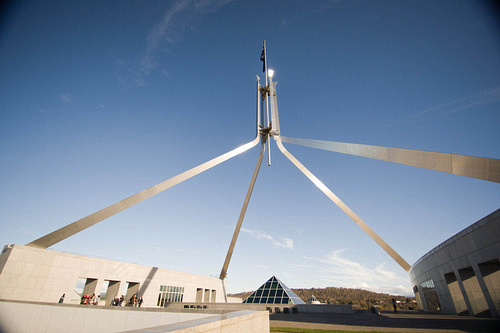 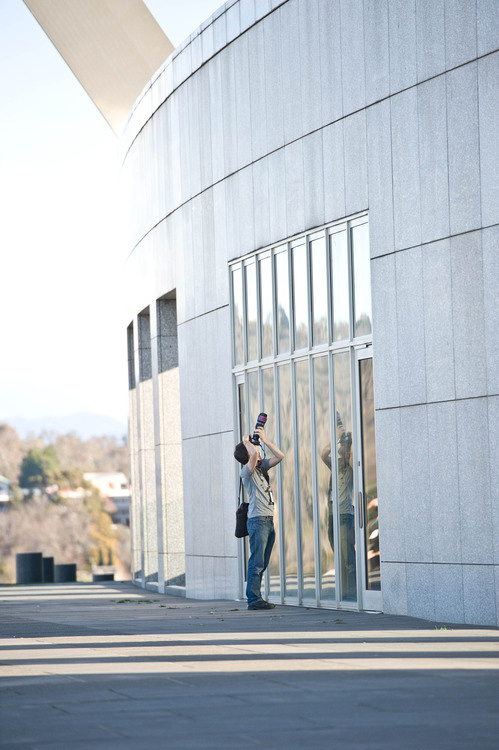 The flag is 20 kg and MASSIVE!  Changing the flag is time-consuming and a little perilous! 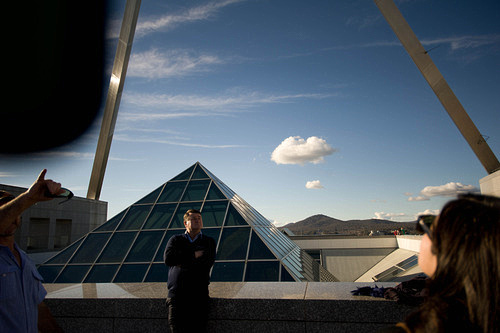 They had an awesome surprise for us.  We were able to unfurl and hold out the flag that replaced the old one a couple days ago now.  It was an amazing moment. 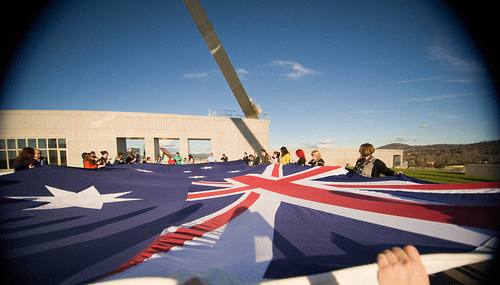 We spontaneously broke out into our National Anthem.  Here it is below.  :)

To finish we were taken to the staff dining room for afternoon tea. 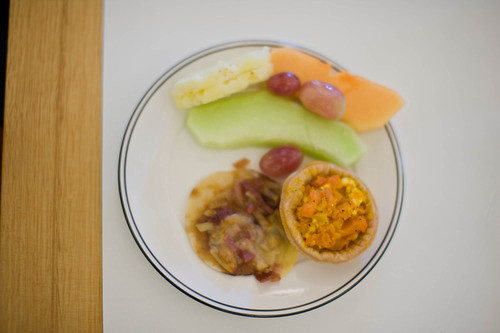 I was surprised at the attention to detail and meaning that I saw throughout the whole of Parliament House.  So much thought has gone into it.  It is a place for all us Aussies to be proud of.

I was also surprised by the emotions it brought out in me.  I felt really patriotic!
Go and visit Parliament House yourself.  There are a range of tours.  I am taking the kids these holidays! http://www.aph.gov.au/Visit_Parliament/Planning_a_visit

Lisa(non-registered)
Lisa did an amazing activity shooting our wedding ceremony day and now we've incredible pix so that it will help us bear in mind our unique day for a lifetime!
Tribal lenders(non-registered)
Awesome work! That is quite appreciated. I hope you’ll get more success.
mojo klinik(non-registered)
I wanna thanks to a great extent for providing such informative and qualitative material therefore often.
urgent care facility near by(non-registered)
Shared! Shared! This is AWESOME stuff man! Thank you!
Marianna(non-registered)
Your articles make whole sense of every topic.
No comments posted.
Loading...
Subscribe
RSS
Recent Posts
Commit No Nuisance event at La De Da-the short of it Parliament House- the short of it Bentspoke Brewery- the short of it. Questacon and our VIP trip to Mars- the short of it Choose your own adventure- The Poacher's Way The Australian War Memorial- the short of it Dickson Tradies/ Canberra Raiders- the postage stamp version Photographing things beginning with 'B' Frugii at the Handmade Markets National Archives of Australia - the short of it
Keywords
365 Canberra Kazuri Photographer Photography newborn Portrait humanbrochure recipe art
Archive
January February March April May June July August September October November December
© Kazuri Photography
Powered by ZENFOLIO User Agreement
Cancel
Continue