It was a brisk but fun evening that  we Humans of the Brochure had at the Dickson Tradies/Raiders game event this evening.
We started with yummy canapés at Dickson Tradies before heading out via a bus together to the game. 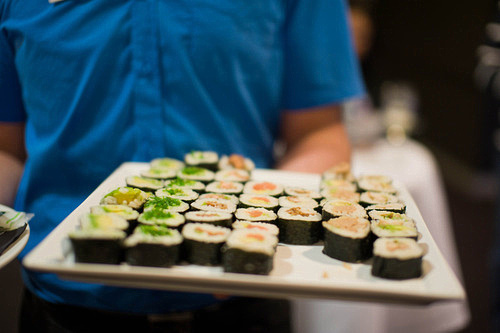 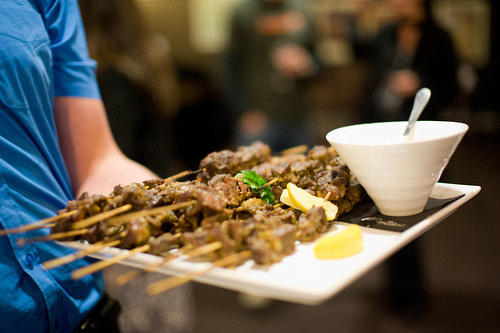 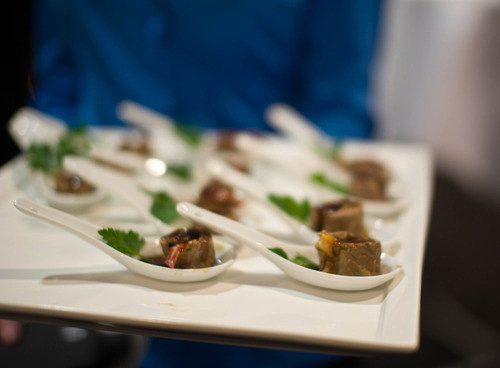 It isn’t important who won the game between the Raiders and the Broncos.  Let me instead detail the important facts:

There was a ball. 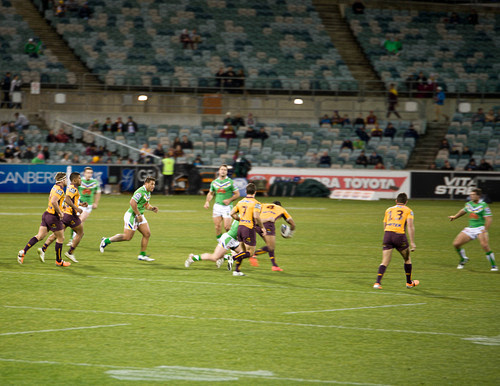 There were lots of men trying to pull each other off the ball. 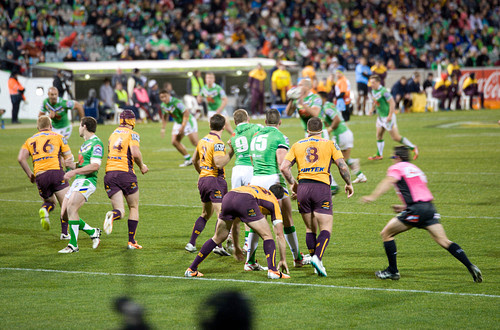 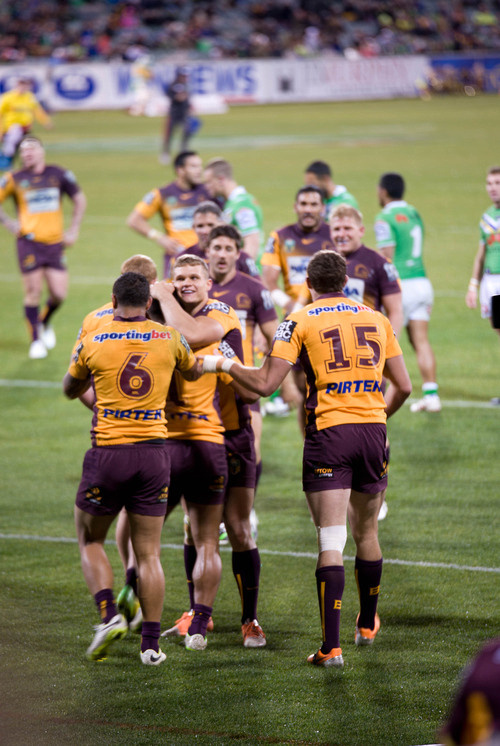 There was kicking from both teams as well as from the cheerleaders (yay, Clare!) who were thrilled to benefit from some personal tips from our very own dancer Jamie Winbank . 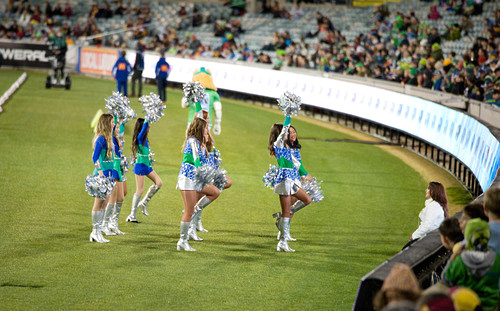 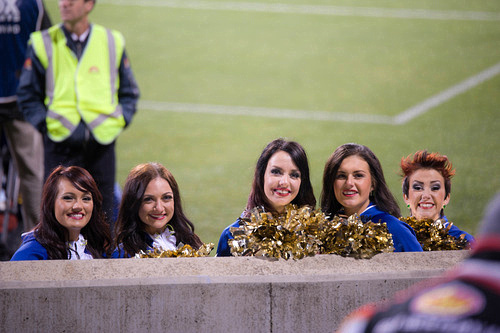 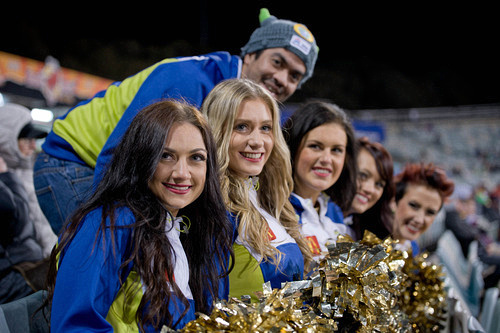 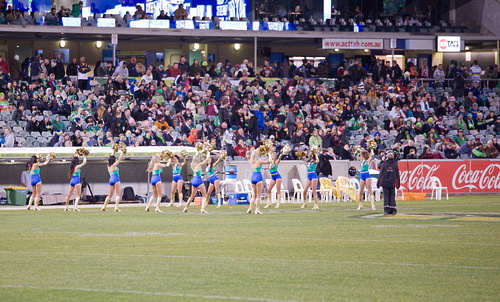 There was a mascot race.  I have no idea who actually won as I became engrossed watching our own Raider mascot try to take down the Club Lime mascot.  Below is the moment where our Viking spotted the opportunity to take out the poor lime-suited mascot.  Boy, oh boy, it was all happening tonight! 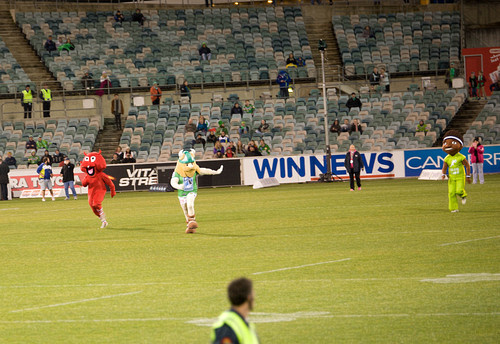 There were hot chips from our amazing hosts from Visit Canberra.  How did they know that our tummies are bottomless pits? 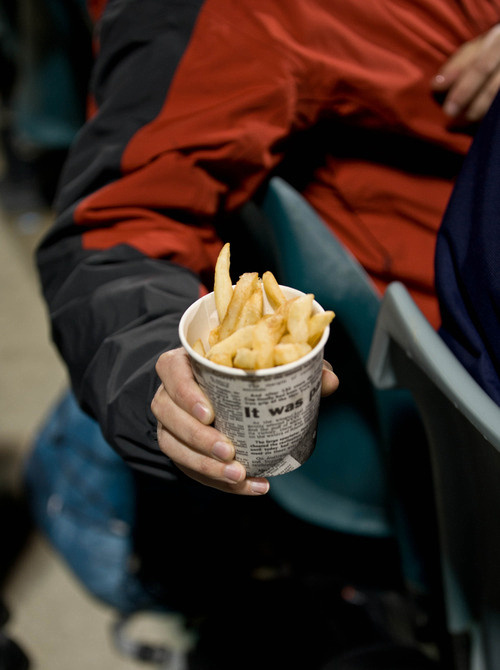 There was Raider’s spirit oozing from Kim-Marie’s dancing.

There were fandannas from Housh who had about a dozen spare.  :)  We wore them well. 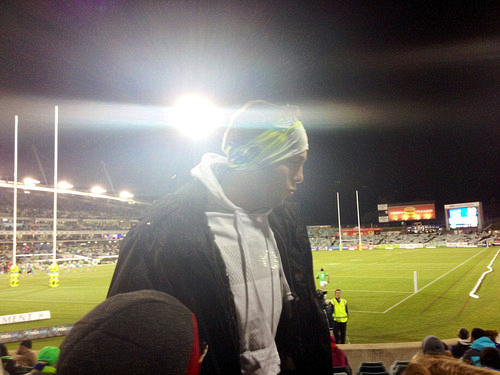 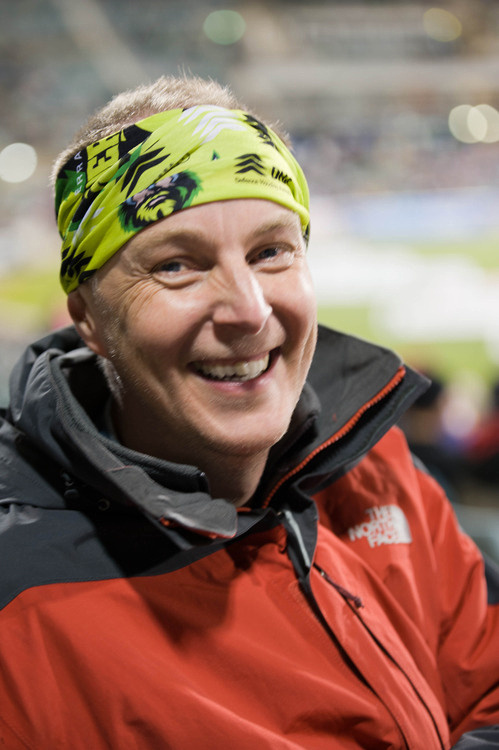 There was a photo opportunity with the Raiders most vocal fan- Stu who, when asked explained: ‘I live here in Canberra, I support the Raiders.’ 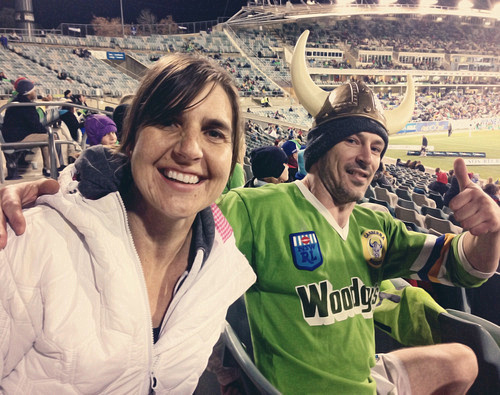 And most importantly there was NO rain! 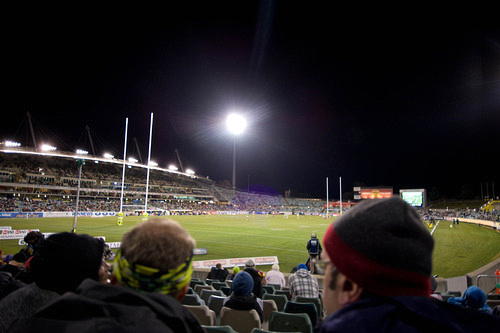 Annabelle(non-registered)
If somebody wants expert take on the main topic of blogging next I advise him/her to go to this site, continue the fussy job.
https://migliorcasinoonlinesicuri.it(non-registered)
I was searching for many blogs site and now finally I have got this cool place with lots of information.
No comments posted.
Loading...
Subscribe
RSS
Recent Posts
Commit No Nuisance event at La De Da-the short of it Parliament House- the short of it Bentspoke Brewery- the short of it. Questacon and our VIP trip to Mars- the short of it Choose your own adventure- The Poacher's Way The Australian War Memorial- the short of it Dickson Tradies/ Canberra Raiders- the postage stamp version Photographing things beginning with 'B' Frugii at the Handmade Markets National Archives of Australia - the short of it
Keywords
365 Canberra Kazuri Photographer Photography newborn Portrait humanbrochure recipe art
Archive
January February March April May June July August September October November December
© Kazuri Photography
Powered by ZENFOLIO User Agreement
Cancel
Continue