National Archives of Australia - the short of it

My expectation of our tour of the National Archives was that the canapes would be yummy, that I would be able to catch up with a group of HUMANS that I really enjoy hanging out with and that we would be taken around to view lots of signed bills and treaties of this, that and the other. 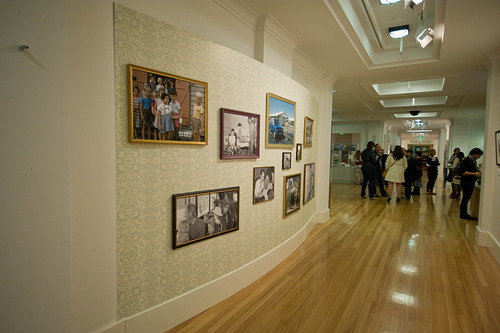 I was right about the food.  Kitchen Witchery ( http://kitchenwitchery.com.au/) catered the event.  The canapés were  varied and the taste sensation were exquisite. 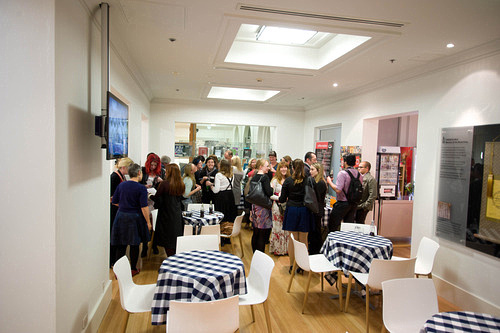 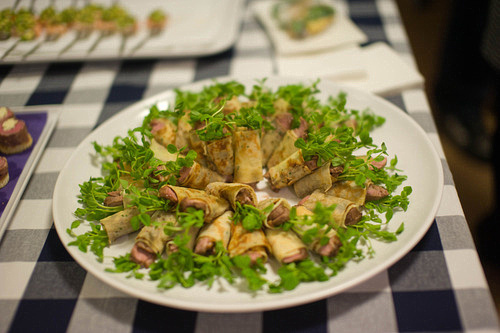 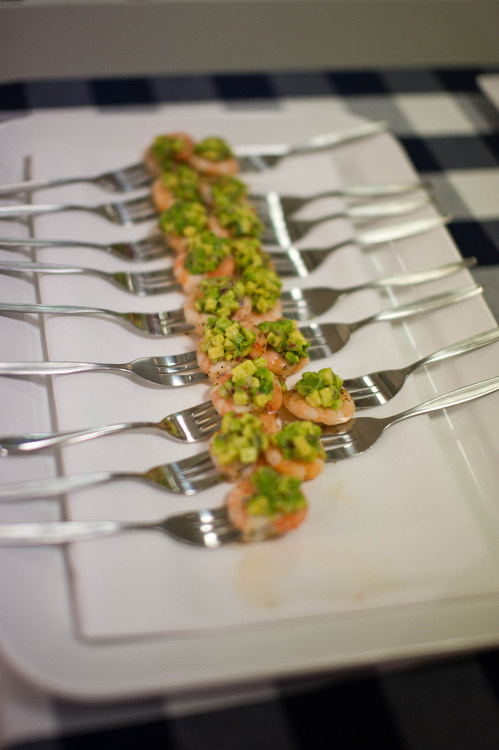 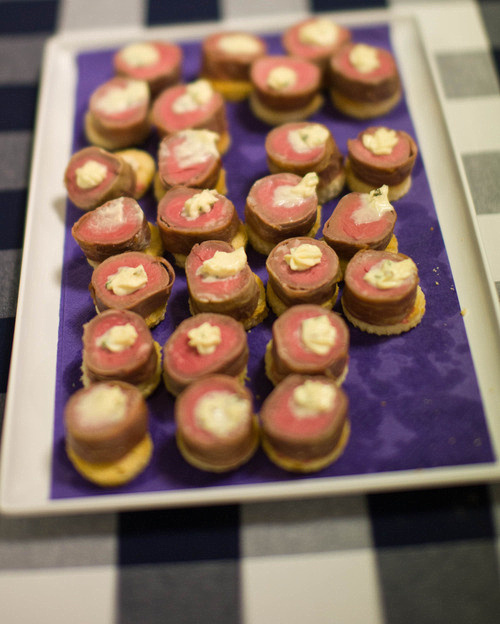 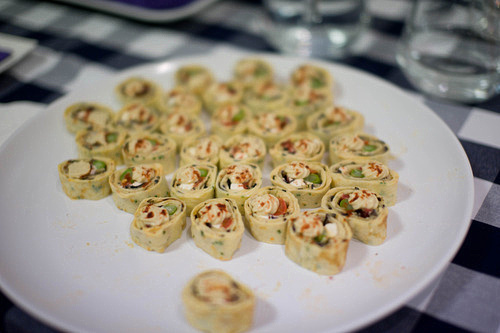 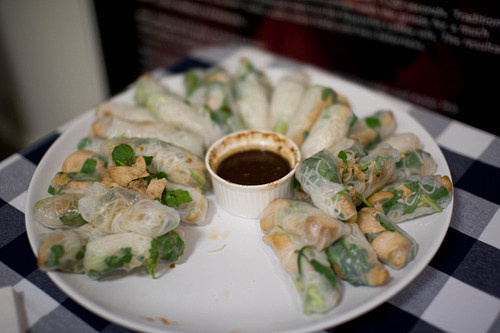 OK- lets talk about the Archives.  :)
There are actually thousands of documents and photos from our nation’s history stored at the National Archives of Australia.  The way in which they are so accessible to us is a testament to our democracy and nation’s desire to learn from its history by being transparent.

The displays are honest and evoke strong emotions at times.

Most of my post about the night will be through pictures.  You must come and see it for yourself.  You will leave with a richer understanding of the story of our amazing country.  Be sure and talk to the staff that work here as they are passionate about the stories behind the displays and will bring them to living colour for you.

Before we get to parts I took photos of; we were given access to an area where no photography was allowed.  Here we got to see up-close, the
Royal Proclamation of Inauguration Day, written out on vellum and signed by Queen Victoria.
We also discovered some of the alternate names that got kicked around for our nation’s Capital.
Try Wattleton, Austral or Eden out and see how it rolls off the tongue.  :)


Some things that fascinated me:

A 50 word dictation test was enforced on for all non-Europeans entering Australia between 1901 and 1958 under the Immigration Restriction Act. This test could be read aloud in any European language of the tester’s choosing.  In this way failure could be guaranteed, if the tester felt the applicant was undesirable due to racial background or character . Failure of the dictation test meant deportation.  Below is an example of the 50 word dictation: 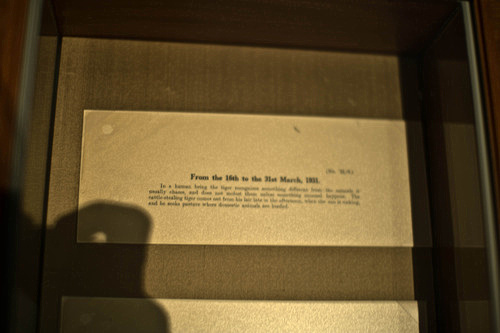 After World War 2, Australia embarked on a massive seductive campaign to attract European migrants to its shores to further establish the nations’ development and prosperity.
These migrants were initially housed in large hostels hastily set up in former army and air force barracks until they found permanent work and homes.
After the glossy advertising of a new start, many migrants found the reality of the stark life in the hostels overwhelming.


Here is our group being taken through the A Place to Call Home? exhibit that explores what life was like for those migrant families. 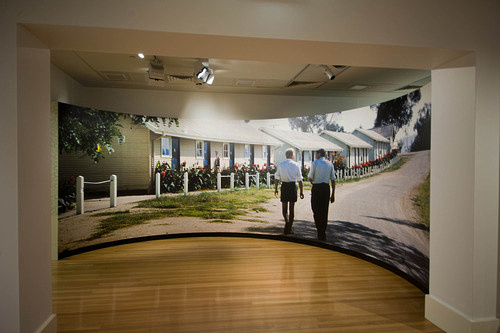 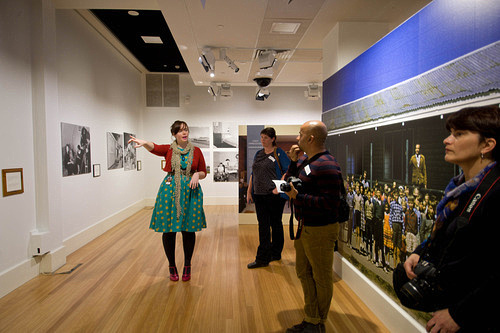 We learned about the bland food served up at the hostels.  There are even recipes to look at and cook at home. 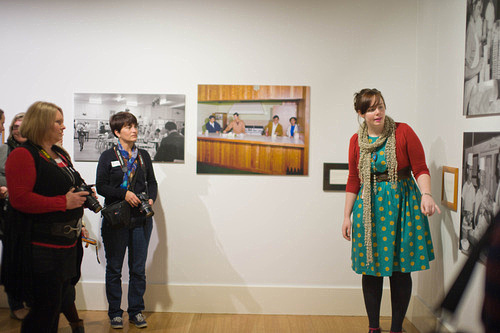 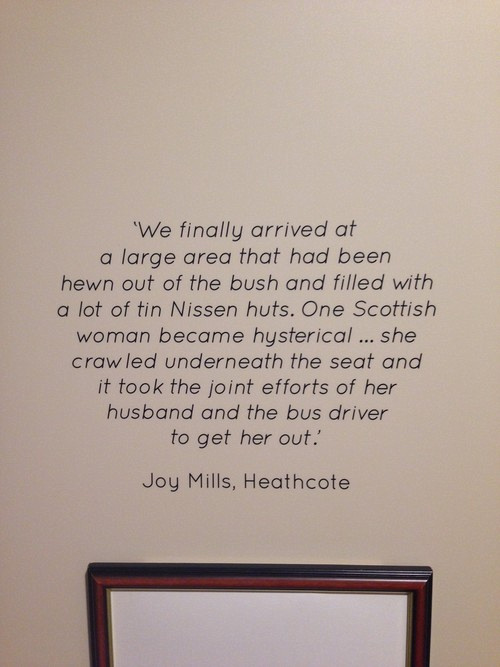 The old books are seriously impressive. 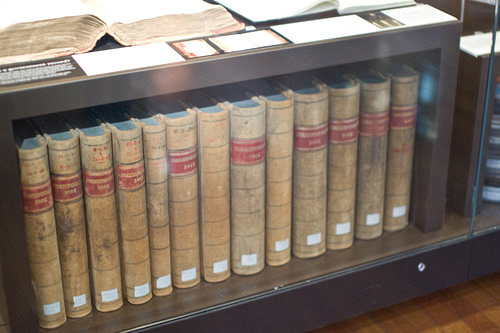 Tut tut!  These cards were seized by customs officials. 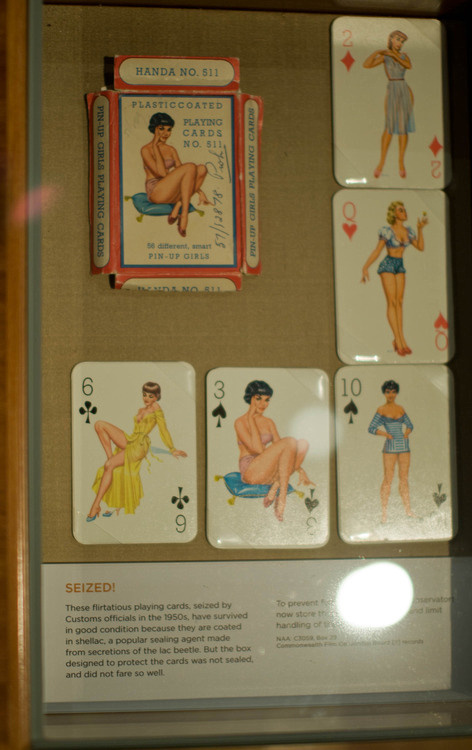 This next photo I found confronting and poignant and heartbreaking.  The National Archives houses the 1972 Larrakia petition where 1000 Aboriginal people signed a document calling for land rights and political representation. They tried to have this document given to Princess Margaret during her official tour of Darwin, but in the effort to hand it over, it was ripped in a scuffle by over-zealous police and the attempt failed. The petition eventually made it to Buckingham place along with a polite letter of apology about the petition’s condition. 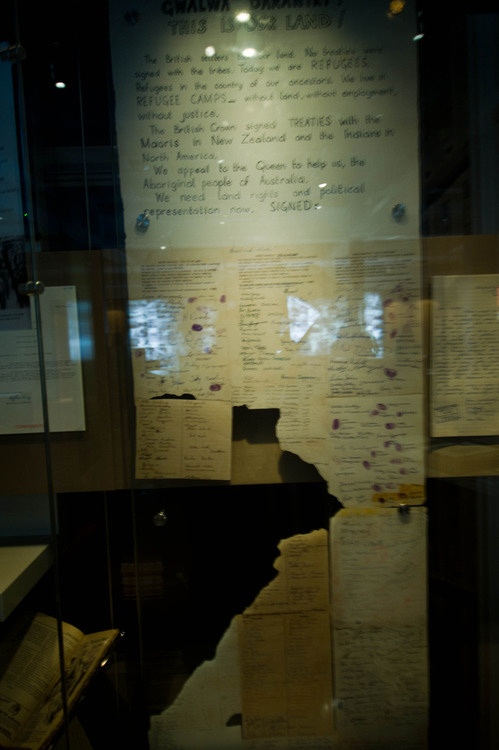 Below are the ballot balls used for conscription for Vietnam war 1965-1972. 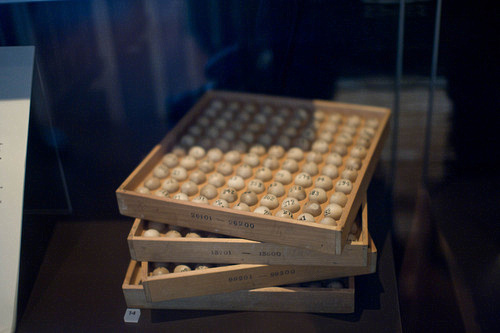 We all wanted a photo display like this one.  Maybe you or a loved one are featured here.  Come and take a look: 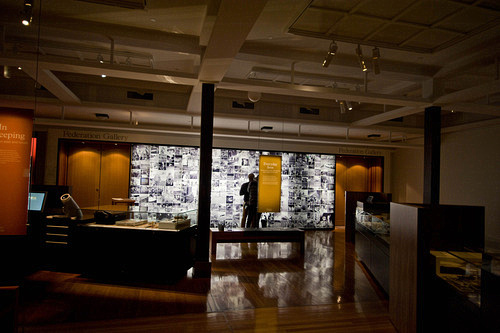 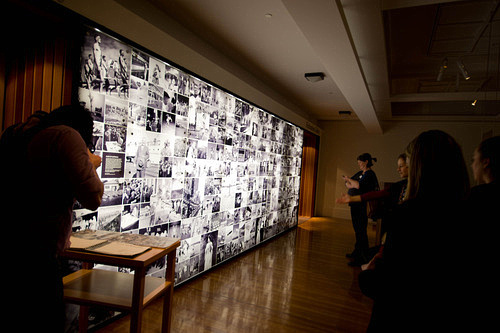 Images speak so much: 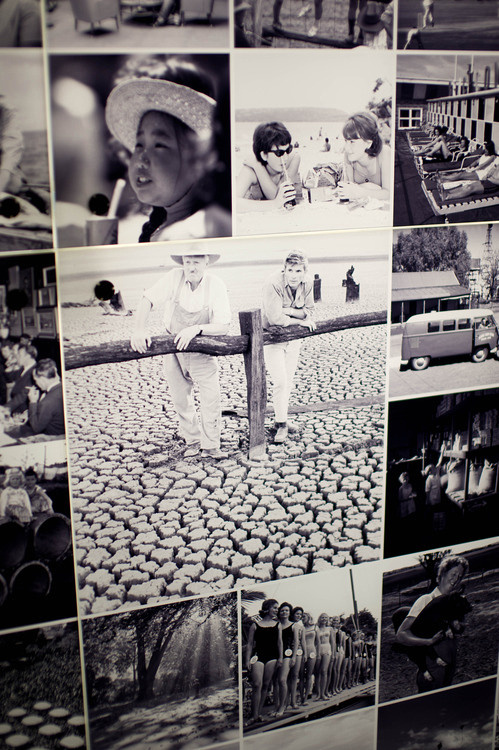 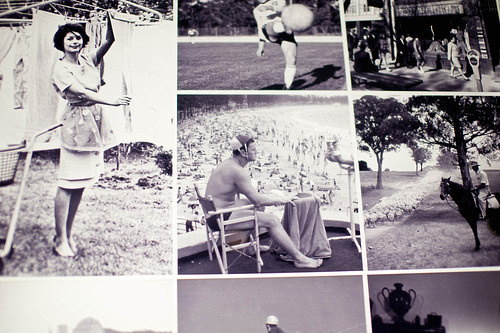 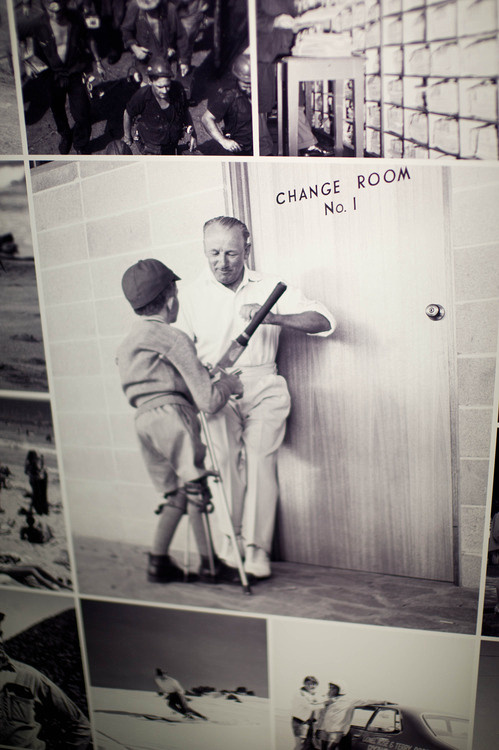 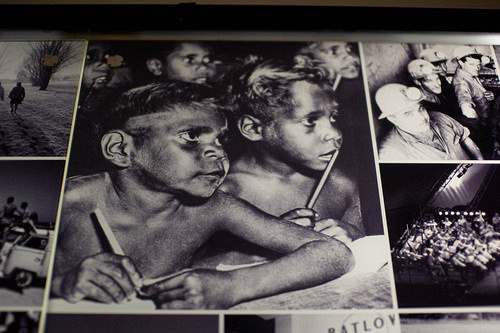 It is so interactive: 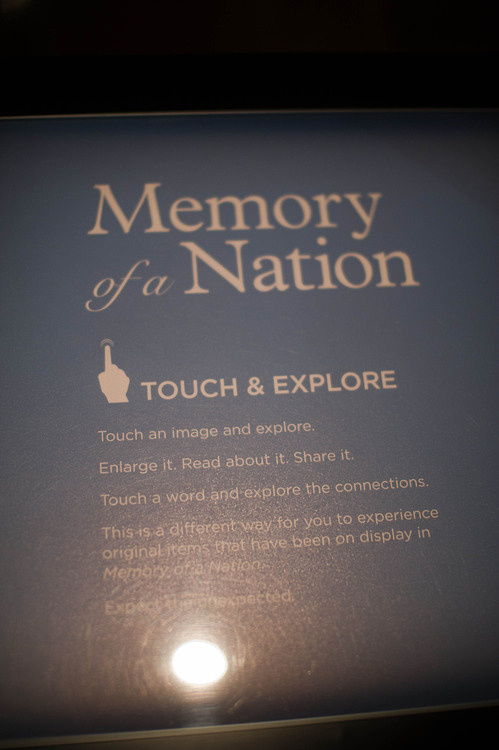 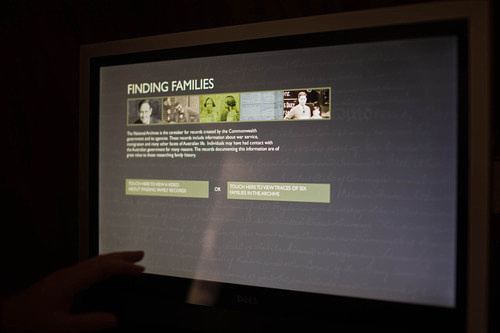 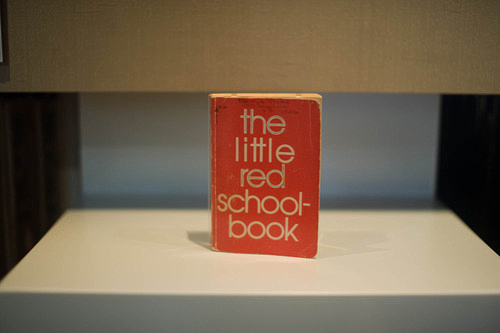 The images and personal quotes are captivating. 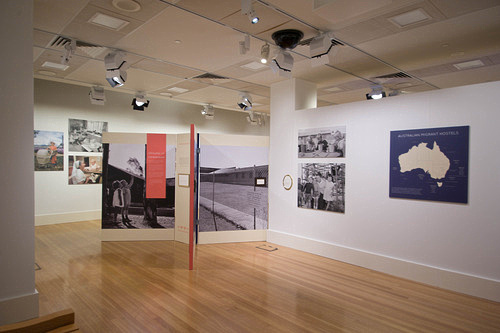 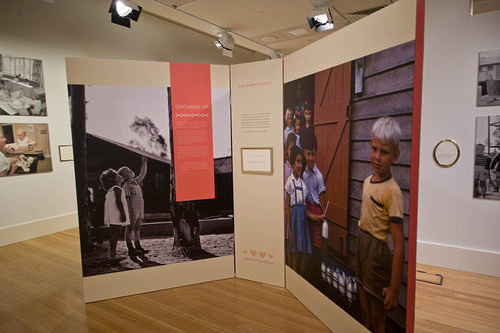 Here are the contents of Prime Minister Harold Holt’s briefcase directly following his disappearance from a Victorian beach. 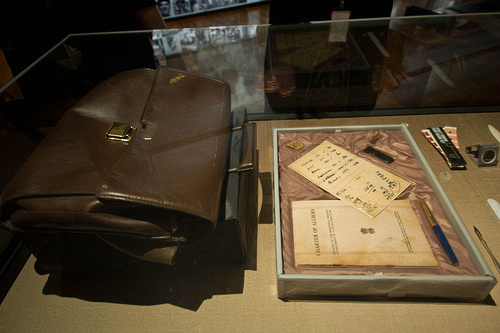 This display shows how preservation of documents has changed over time: 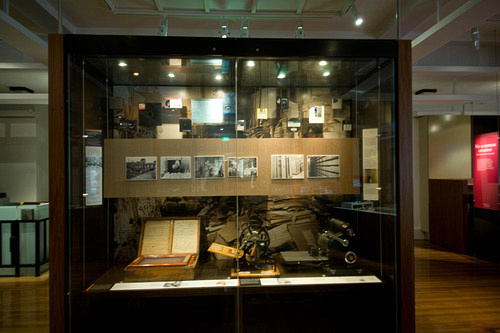 I am coming back soon to have a nice slow thorough browse.  Learn more here about planning your own visit: http://www.naa.gov.au/

setss jobs NYC(non-registered)
Lovely and precious memories, Wow thanks for sharing with us from the part of your life.
Tribal lenders(non-registered)
I would be supportive on all your articles and blogs as a result of they are simply up to the mark.
https://www.tcp123.uk(non-registered)
Hey to everyone, it’s my first visit of the blog site; this blog includes awesome and actually best info for the visitors.
Michael(non-registered)
No wonder why you receive countless of feedbacks.
https://migliorcasinoonlinesicuri.it(non-registered)
This blog Info is fabulous; I must wanna see best more from your writers.
No comments posted.
Loading...
Subscribe
RSS
Recent Posts
Commit No Nuisance event at La De Da-the short of it Parliament House- the short of it Bentspoke Brewery- the short of it. Questacon and our VIP trip to Mars- the short of it Choose your own adventure- The Poacher's Way The Australian War Memorial- the short of it Dickson Tradies/ Canberra Raiders- the postage stamp version Photographing things beginning with 'B' Frugii at the Handmade Markets National Archives of Australia - the short of it
Keywords
365 Canberra Kazuri Photographer Photography newborn Portrait humanbrochure recipe art
Archive
January February March April May June July August September October November December
© Kazuri Photography
Powered by ZENFOLIO User Agreement
Cancel
Continue