The Australian War Memorial- the short of it 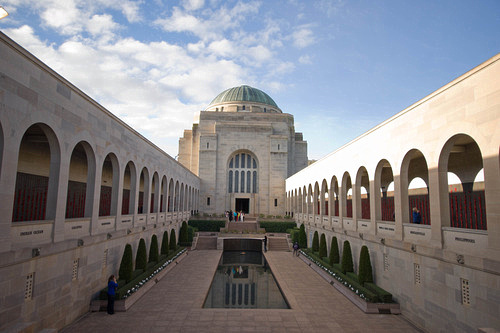 Our Humans of the Brochure visit to the Australian War Memorial tonight began with us attending the Last Post Ceremony at the Pool of Reflection.  The Ceremony is held here every day (except for Christmas) at 4:55 pm. 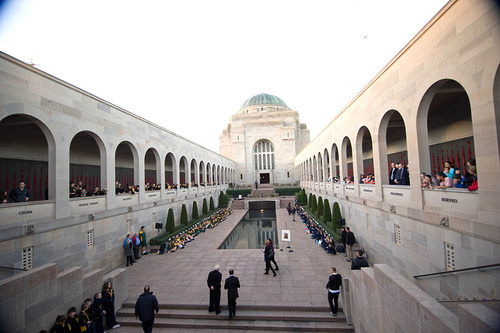 Each day, one of the men or women whose name appears on the Roll of Honor is commemorated.  Their stories are meticulously researched and told by War Memorial historians. 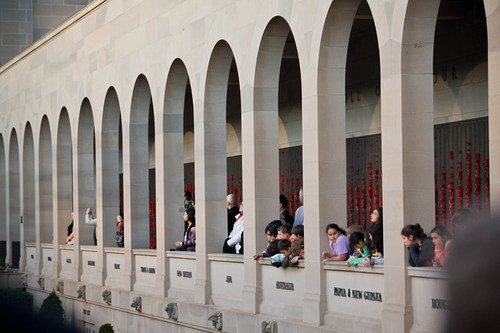 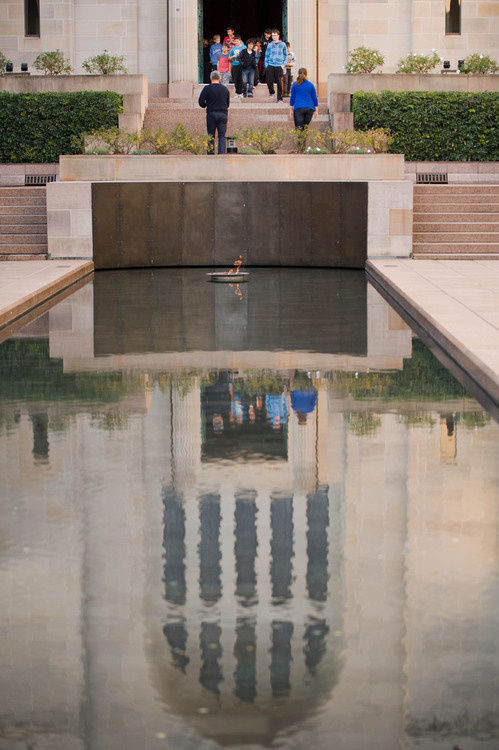 The ceremony ends with the poignant Last Post.
Tonight’s ceremony was for Signaller Sean McCarthy who lost his life in a roadside bomb attack in Afghanistan in 2008. 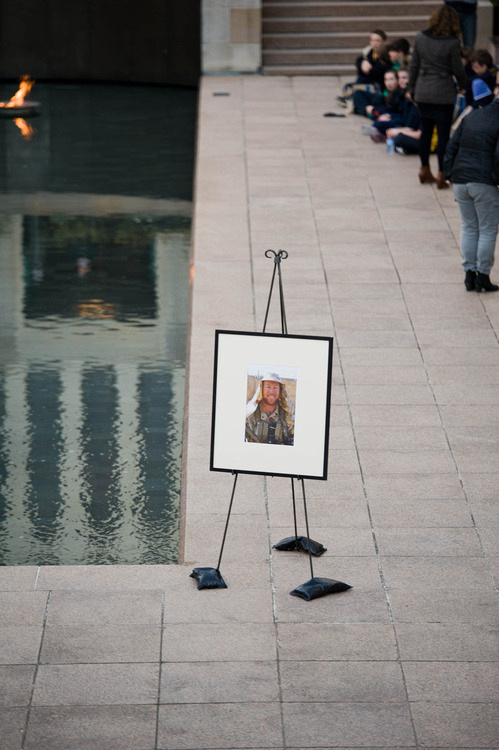 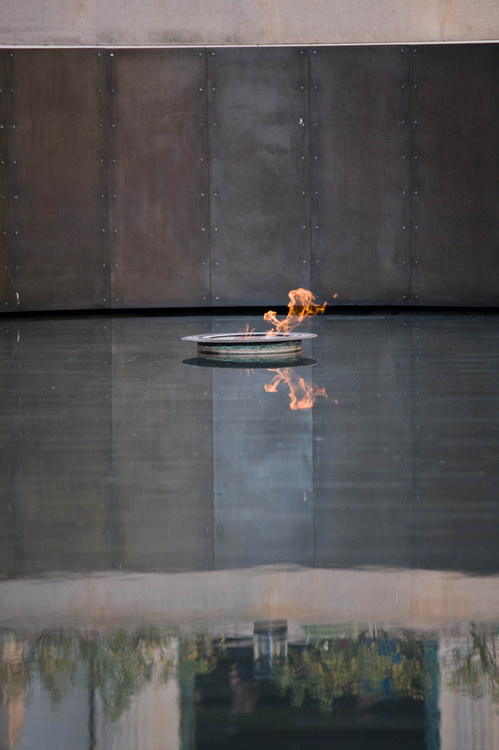 After the ceremony, our group was treated to a behind-the-scenes tour with Peter Burness, senior historian and  the War Memorial’s longest serving employee.  He was well informed and humorous with many personal anecdotes about the areas he was showing us . 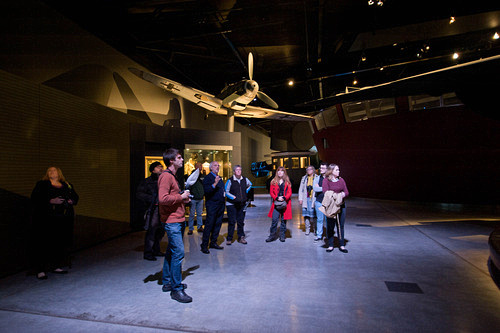 Some random facts we learned:
The sticking of the poppies into the Roll of Honour only started in 1993, after the body of an unknown soldier was brought back from France and buried in the chapel to represent all Australian soldiers killed in war. 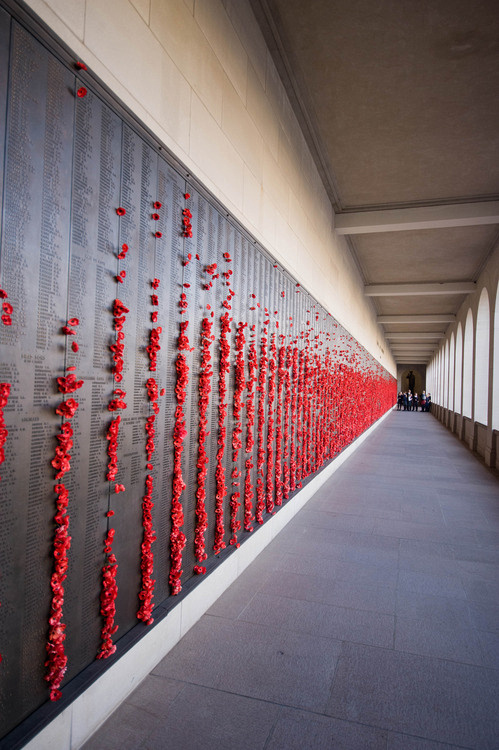 Servicemen in bomber planes were the most likely to die very young.
Many men flying huge aircraft still didn’t have car license
The tail gunner was the worst job.  The poor man was bundled into the belly of the bomber with his knees in his face.  He was secluded from the others and absolutely freezing.  There was zero hope of escape if there was attack or damage.

The Australian War Memorial was the brainchild of Charles Bean, an official World War 1 historian.  It was completed in 1941. 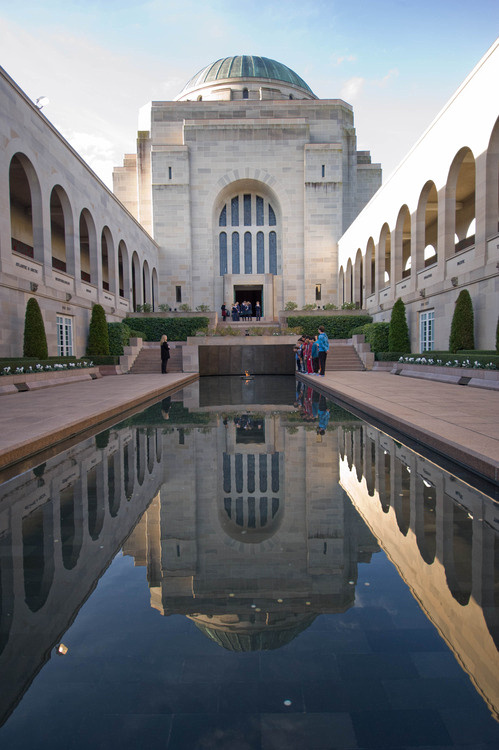 The War Memorial has 3 parts:

The Commemorative Area, the Museum (with the galleries) and the Research Centre (for records)

The Hall of Memory is a beautiful peaceful chapel.  Each of its 4 walls have mosaics representing  a Sailor, a Servicewoman, a Soldier and an Airman; 3 of its walls have stained glass windows  detailing images of these also.  Both the mosaics and glass windows were created by Napier Waller who lost his arm in World War 1.

The roll of Honour which is featured on bronze plaques around the Memorial Pool, commemorates the Australian servicemen and women who lost their lives in conflict.  Only their names and not their rank appear on the list.

The museum is laid out with care and intent.  There are interactive, engaging sections in every room. 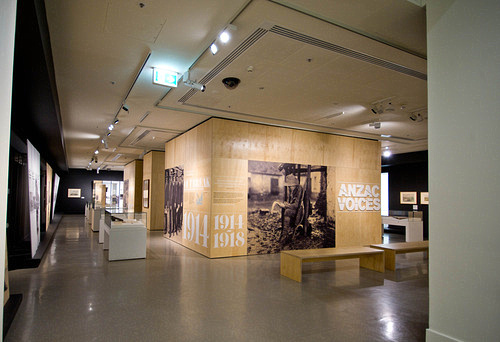 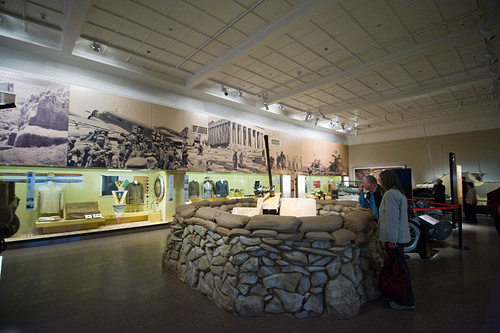 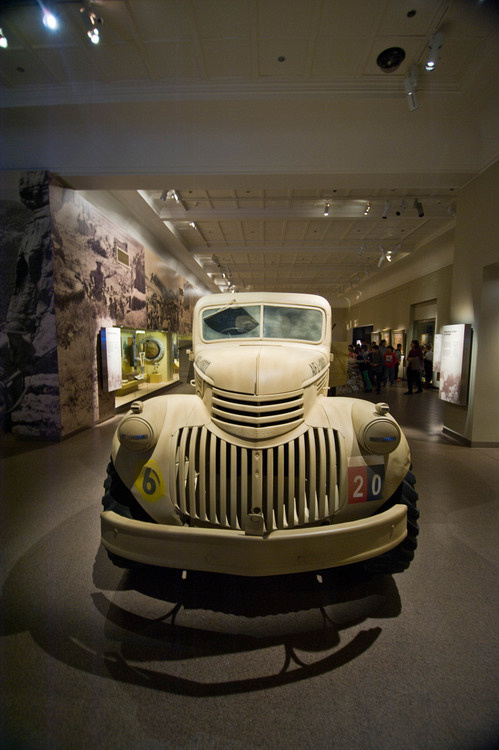 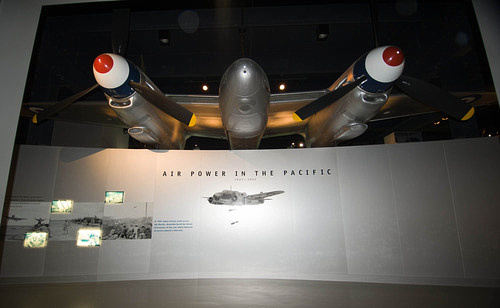 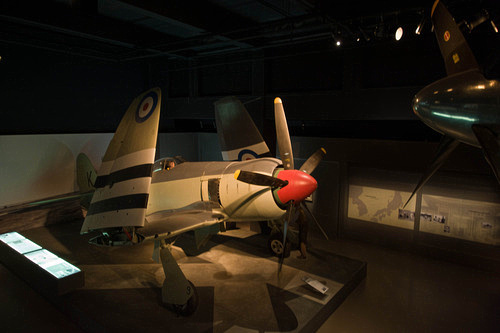 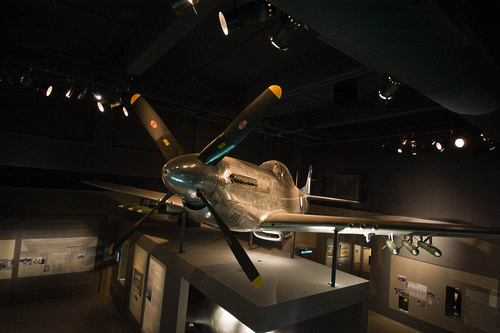 The remains of the first Australian aircraft shot down in the war against Japan. 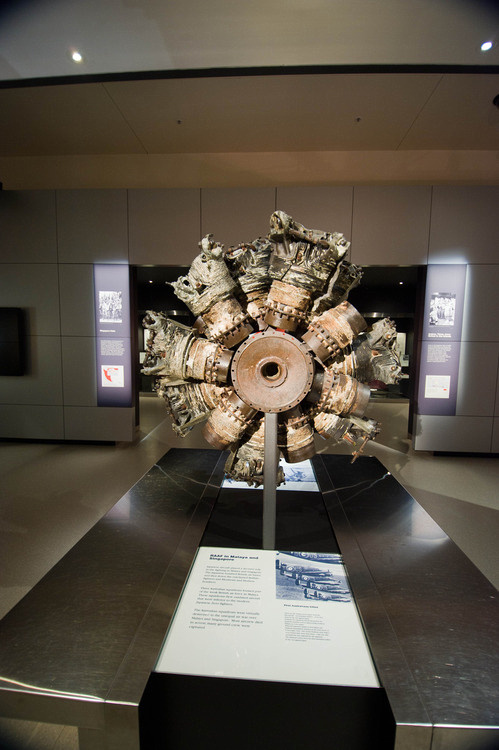 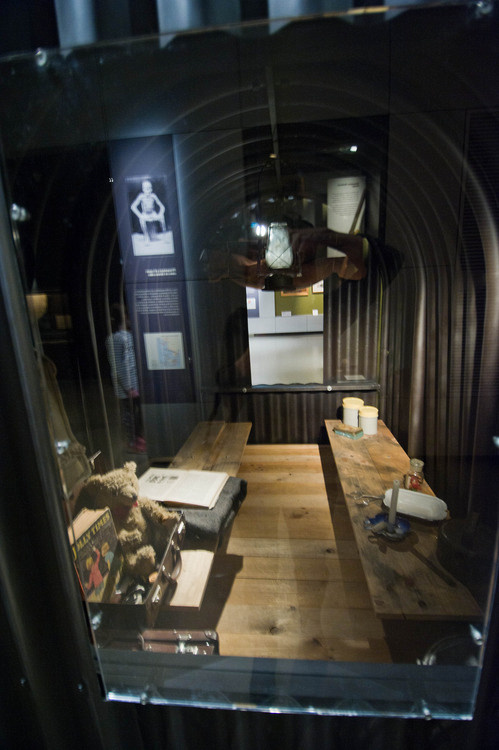 Lots of sections have video interviews or commentary. 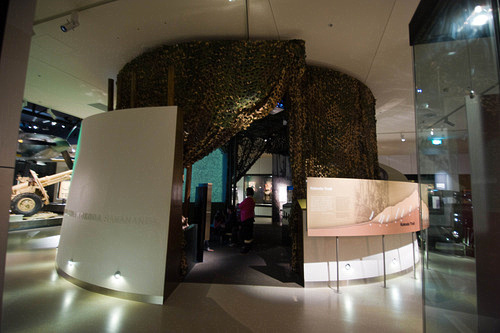 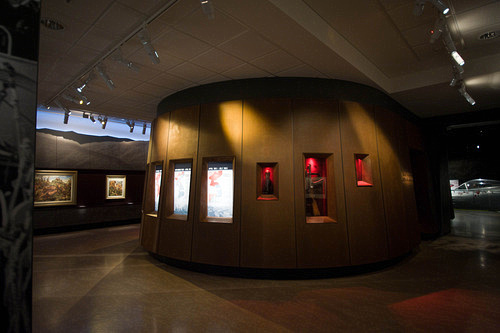 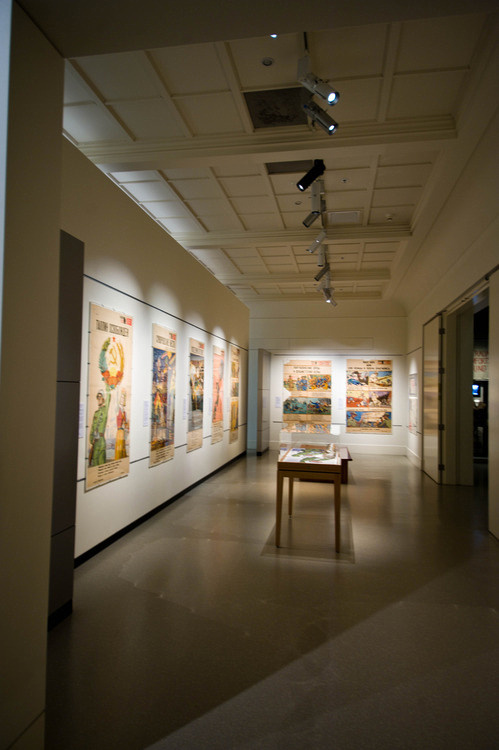 I was moved by this graphic image of a fellow Gunnedah boy, Len Siffleet, the moment before he was beheaded in 1943. 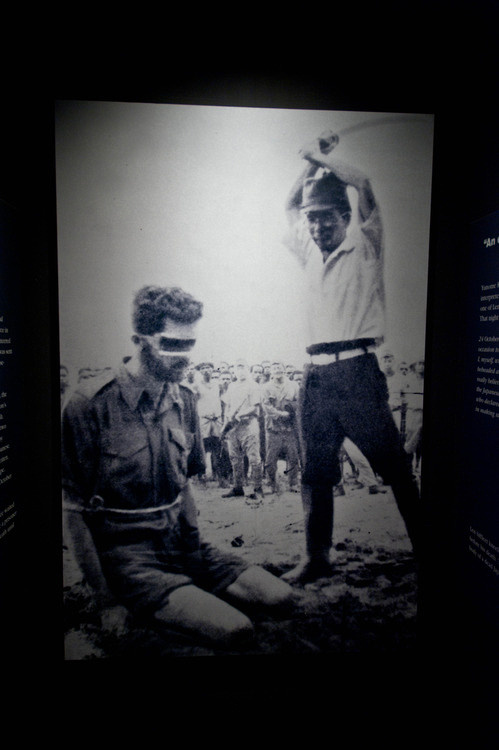 As always, I found the photographs the most moving. 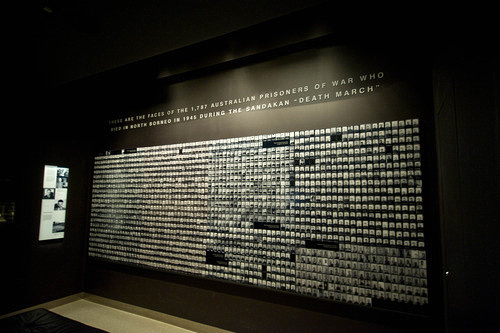 Ask about the interactive kids area where everything is hands-on.  They can climb into this helicopter….. 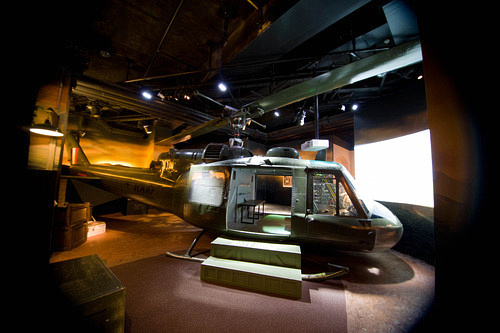 ….and experience life on a submarine! 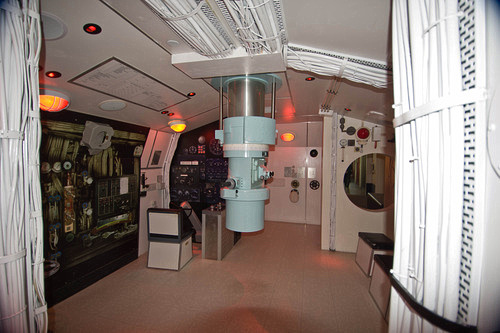 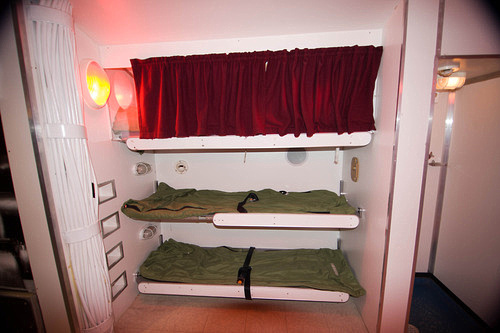 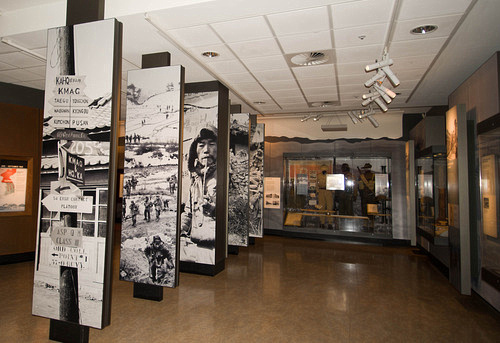 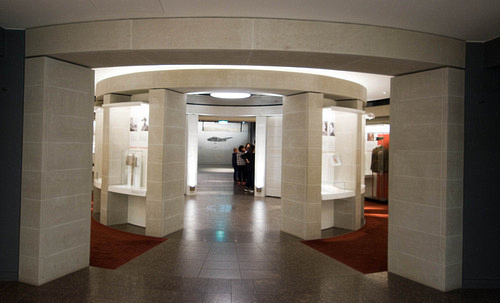 We finished our brilliant evening with some lovely cheese and fruit platters. 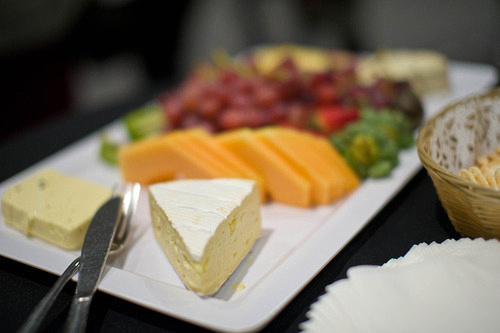 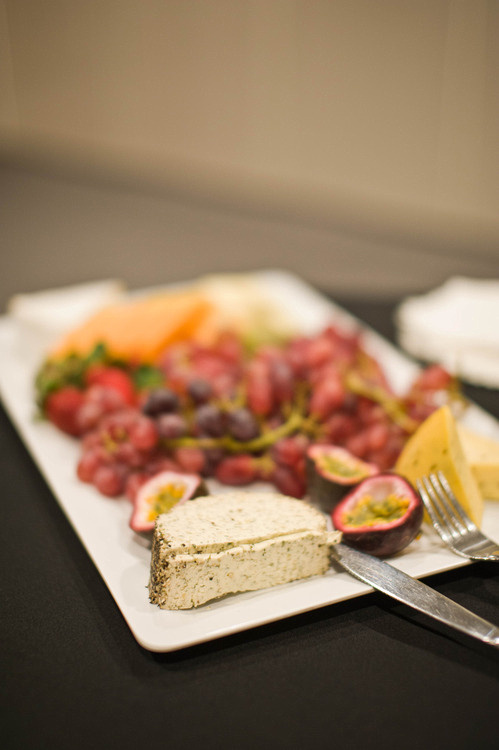 The Australian War Memorial is open daily 10-5 (except on Christmas Day.) http://www.awm.gov.au/ 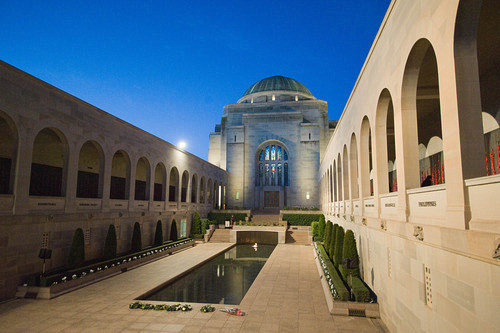 https://migliorcasinoonlinesicuri.it(non-registered)
I actually found this blog and that is amazing thing I enjoy reading this easy to understand stuff. Keep it up.
No comments posted.
Loading...
Subscribe
RSS
Recent Posts
Commit No Nuisance event at La De Da-the short of it Parliament House- the short of it Bentspoke Brewery- the short of it. Questacon and our VIP trip to Mars- the short of it Choose your own adventure- The Poacher's Way The Australian War Memorial- the short of it Dickson Tradies/ Canberra Raiders- the postage stamp version Photographing things beginning with 'B' Frugii at the Handmade Markets National Archives of Australia - the short of it
Keywords
365 Canberra Kazuri Photographer Photography newborn Portrait humanbrochure recipe art
Archive
January February March April May June July August September October November December
© Kazuri Photography
Powered by ZENFOLIO User Agreement
Cancel
Continue